Tact and diplomacy are methods used to aid effective communication, especially during the negotiation and when attempting to be persuasive or assertive. Using tact and diplomacy appropriately can lead to improved relationships with other people and are a way to build and develop mutual respect, which in turn can lead to more successful outcomes and less difficult or stressful communications. At its heart, tact and diplomacy are the skill of being sensitive to the feelings and opinions of other people. Those who possess it in great quantity are naturally able to sense what is really going on in the minds of others, and then respond with a certain delicacy of feeling that influences many people extremely well.

Listening is one of the most important skills you can have. How well you listen has a major impact on your job effectiveness and the quality of your relationships with others. You need to be able to listen to not just what is being said but also how it is being said to understand and react appropriately to others.

The reason for using tact and diplomacy is very often to persuade or influence others to think or behave in a certain way. Assertiveness is fundamental to this process and a skill that many people lack.

What you seek conflicts with the other person’s ideas, you may have to discuss how sacrifices can be made to provide a better result for both of you in the long run.  Mutual sacrifice is usually seen as more favorably than one-sided sacrifice. Aim to reach a compromise which results in a win-win situation.
Learn to resist personal appeals:

The art of tact and diplomacy is only applicable when a person doesn’t hold biased opinions. A person should look for facts, evidence, and statistics before concluding. It’s important to develop acceptance and have neutral thoughts while listening to the person. The broader lens also helps to be patient and make the decision more accurately. 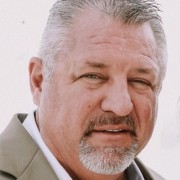 Phil Monkress is a successful professional associated with All Points Logistics. He previously served in the army as a data system's technician.

The Art of Tact and DiplomacyunratedPhil Monkress2019-08-02 03:49:05Tact and diplomacy are methods used to aid effective communication, especially during the negotiation and when attempting to be persuasive or assertiv…